The next stage of the build was fitting the additional sensors. The kit came with a wheel speed sensor, and as my bike has drop bars I optioned two HWBS (Hidden Wire Brake Sensor) devices.

Here's the wheel speed sensor and magnet fitted, talk about a monster magnet: 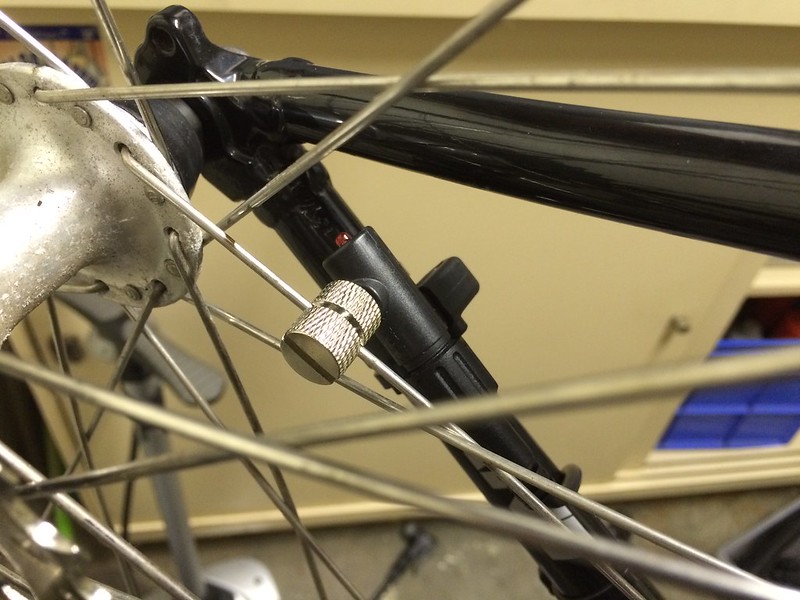 I decided to fit the brake sensors along the bars themselves by peeling back the bar tape a bit: 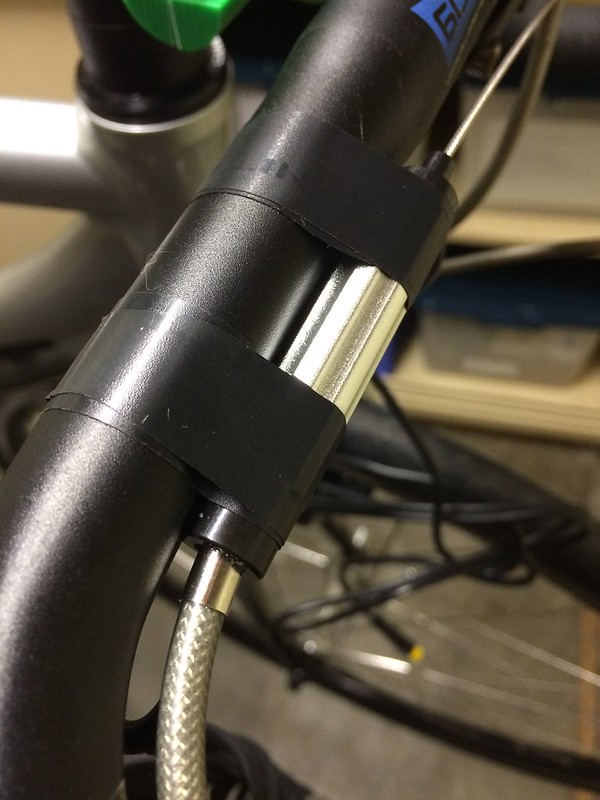 No where to be seen, and as an added bonus gives the bars quite an ergo feel: 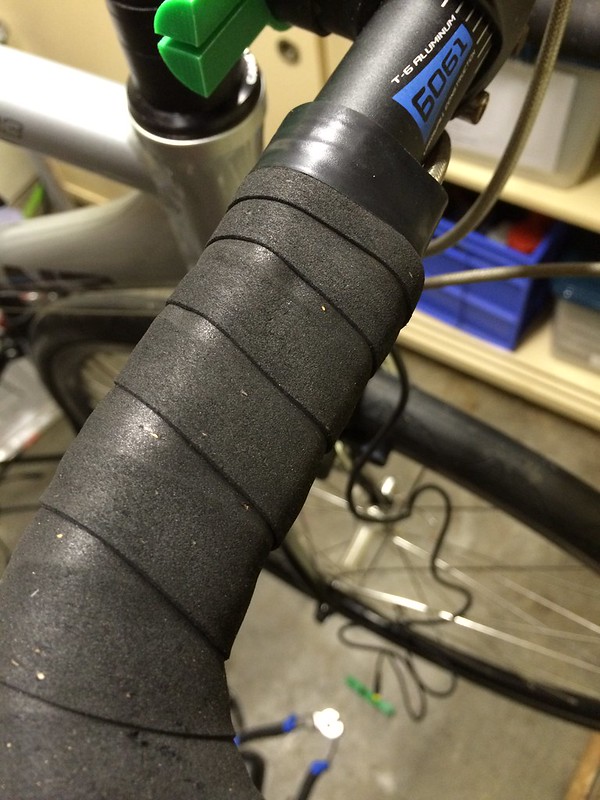 I now had to plan where to mount the screen, throttle and controls. I also had to keep room for a headlight and Garmin bike computer. The biggest problem (which I had known all along) was the internal diameter of the throttle and controls (22.2mm) being too small for my drop bars.

Having access to a 3D printer, I designed some parts to mount these accessories.

The first part I designed was a spacer for the DPC-14 display so I could orient the screen on the bracket by 180 degrees. Some Bafang documentation suggests this is possible but on my screen with a charge port, the charge port wires get in the way.

Here are some pics of the screen with the spacer fitted, and with the fasteners replaced with longer ones to retain the same thread engagement: 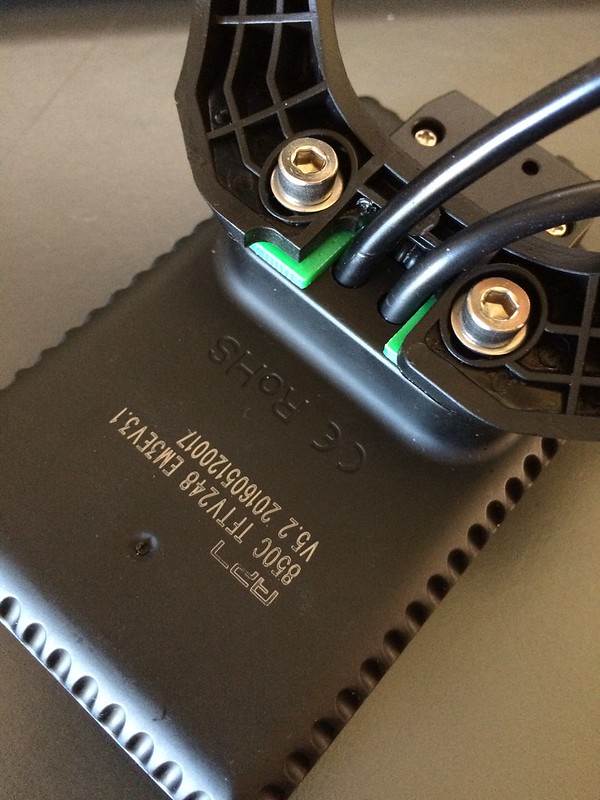 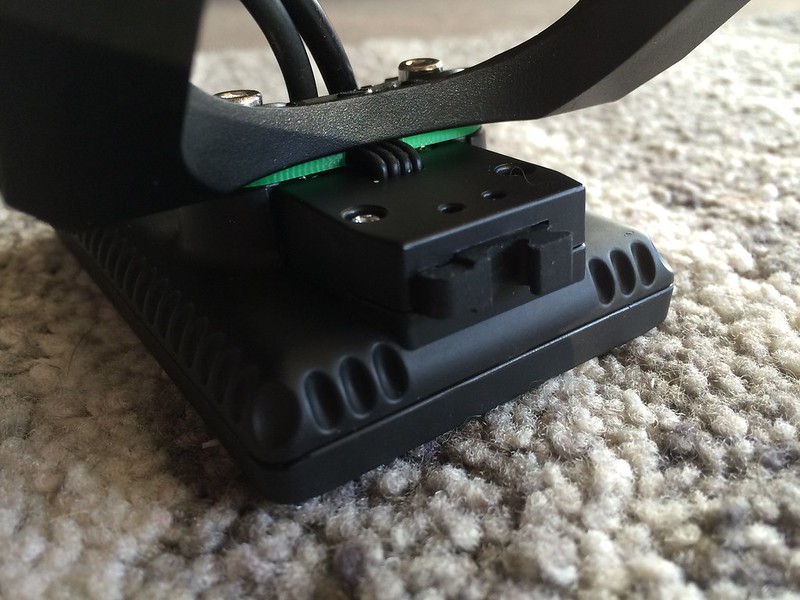 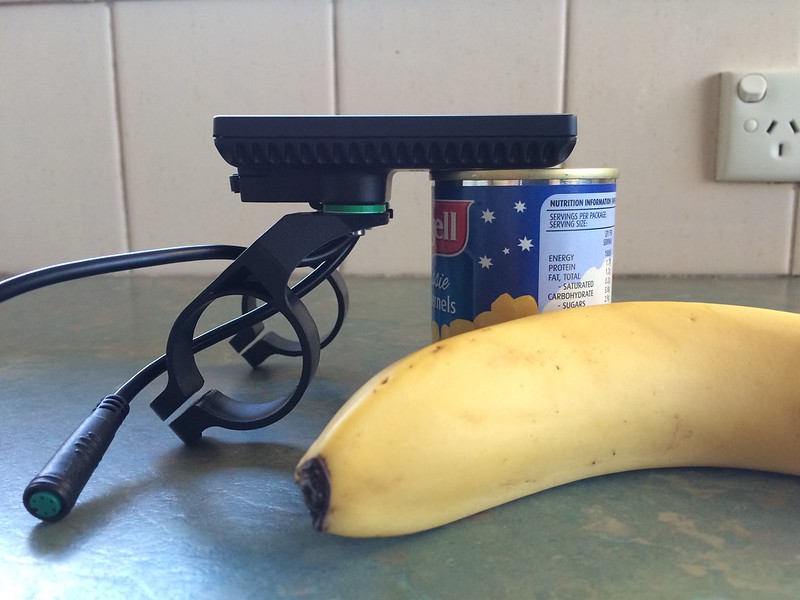 Email ThisBlogThis!Share to TwitterShare to FacebookShare to Pinterest
Labels: Bike